Next seminar – Tuesday 3 June 2014 – Digitising the First World War: opportunities and challenges
Posted on 13 May 2014 by Jane Winters

The IHR Seminar in Digital History would like to welcome you to its first seminar of the 2014 summer term.

Abstract: One of the most important legacies of the commemoration of the First World War will be an extensive range of new digital archives. The Imperial War Museum is leading a partnership of many hundreds of organisations, many of whom are involved in capturing records, visual artefacts, memoirs and much else. The National Archives now offers a wide variety of resources, from war diaries and nurses’ records to interviews with prisoners of war and records of military service appeal tribunals and has launched a crowd-sourcing site to identify data contained within war diaries. The National Library of Wales hosts the People’s Collection, also a crowd-sourcing platform, which enables individuals and organisations to upload diaries, letters, photographs and other artefacts, and a dedicated website provides searchable access to Welsh newspapers during the war, part of a much larger collection of Welsh Newspapers Online. And there is much else, on the same lines, taking place in libraries, record offices and among informal groups across the country.

In his acclaimed book, Capital in the Twenty-First Century, Thomas Piketty pays a particular debt to improvements in the technology of research, most specifically computers, which enabled him to process data on a huge scale and offer a new synthesis; indeed he claims his work to be as much about history as economics. Twenty years ago, there was a rush of enthusiasm for the use of computing technology by historians. Since then, despite huge technical advances and a communications revolution, there is a sense that most historians have remained aloof from these new developments. Some of the tools available in the 1980s and 1990s have not evolved and there is much less written nowadays about techniques and methodology; indeed there appear to be little provision for historians to develop the particular skills needed to exploit rich digital archives, especially structured data.

While the new resources appear to offer exciting prospects, are we any nearer being able to exploit them? This presentation will discuss the opportunities which are now available but the challenges that still remain.

Speaker: Professor Sir Deian Hopkin spent 43 years in higher education, retiring as Vice Chancellor of London South Bank University in 2009. He was a co-founder of the Association of History and Computing and active in the CTI, the History Data Archive and other initiatives in the 1980s and 1990s. He is currently President of the National Library of Wales, a trustee of the IHR Development Trust and Chair of the Wales Programme Committee for the First World War Centenary.

Seminars are streamed live online at HistorySpot. To keep in touch, follow us on Twitter (@IHRDigHist) or at the hashtag #dhist.
Posted by ISSoDD at 19:11

"We are excited to announce the second round of the Open Humanities Awards, running from 30 April until 30 May 2014. There are €20,000 worth of prizes on offer in two dedicated tracks:

Open track: for projects that either use open content, open data or open source tools to further humanities teaching and research

DM2E track: for projects that build upon the research, tools and data of the DM2E project

Whether you’re interested in patterns of allusion in Aristotle, networks of correspondence in the Jewish Enlightenment or digitising public domain editions of Dante, we’d love to hear about the kinds of open projects that could support your interest!- See more at: http://blog.okfn.org/2014/05/07/17209/#sthash.W7yblQDe.dpuf"
Posted by ISSoDD at 18:54 Winner at the Delta County Fair, Colorado, 1940 Oct. Farm Security Administration/Office of War Information Color Photographs,http://hdl.loc.gov/loc.pnp/fsac.1a34201
The National Digital Stewardship Alliance Innovation Working Group is excited to announce the winners of the 2014 NDSA Innovation Awards. Each year the Innovation Working Group solicits nominations for  projects, individuals, and organizations doing innovative and substantive work in digital preservation. This is the third year we have handed out these awards and previous blog posts list the 2012 recipients and the2013 recipients.
From more than thirty nominations, the awards committee selected the following four winners. The winners illustrate the diversity of the digital preservation community, including students, educators, and practitioners and representatives from library, archives and museum communities. Please join us in congratulating them for their hard work.
Institution: National Software Reference Library, National Institute for Standards and Technology: Recognized for their substantial leadership in building a national collection of software, developing and sharing workflows and approaches for software preservation, and for modeling approaches to corpus analysis of born digital collections. You can learn more about the NSRL in this interview.
Project: XFR STN, The New Museum. “XFR STN” (Transfer Station) acts as “an open-door artist-centered media archiving project.” The project is recognized in particular for how it stands as a model for community-driven digital preservation activity, utilized existing platforms like the Internet Archive for long term preservation, and worked directly with artist and media creators to preserve their work.
Individual: Trevor Muñoz, Assistant Dean for Digital Humanities Research at the University of Maryland Libraries and an Associate Director of the Maryland Institute for Technology in the Humanities.  Recognized for his work developing and teaching best practices in data curation in the digital humanities and for his work advocating for digital preservation as a core function of librarianship, archival work, and scholarship.
Future Steward: Emily Reynolds, National Digital Stewardship Resident, The World Bank. Recognized for the quality of her work in a range of internships and student positions with ICPSR, University of Michigan Libraries, the Library of Congress, Brooklyn Historical Society, Storycorps, and, in particular, her recent work on the World Bank’s eArchivesproject.
The 2014 NDSA Innovation Awards will be presented at the upcoming Digital Preservation 2014, which will be held July 22-24 in Washington DC. More information on the conference will be available soon.
Posted by ISSoDD at 09:58

taking place in Berkeley at the Clark Kerr Campus of the University of California,
on Tuesday, June 3, 2014.

Abstract:
For the fifth time, it is our pleasure to bring together pioneer work in the overlap of arts, humanities, network research, data science, and information design. The 2014 symposium will follow our established recipe, leveraging interaction between those areas by means of keynotes, a number of contributions, and a high-profile panel discussion.

In our call, we are looking for a diversity of research contributions revolving around networks in culture, networks in art, networks in the humanities, art about networks, and research in network visualization. Focussing on these five pillars that have crystallized out of our previous meetings, the 2014 symposium again strives to make further impact in the arts, humanities, and natural sciences.


10:30 Coffee break
11:00 Anamaria Berea
The Network Of the 'Byzantium after Byzantium' Fresco Style in the UNESCO Monasteries of Moldova


15:00 Dmitry Zinoviev
The Pain of Complexity

New Republic Article: The Immense Promise of the Digital Humanities

"Adam Kirsch’s recent piece in The New Republic on the “false promise” of the digital humanities doesn’t probe very deeply into the broad range of experimental approaches to humanistic scholarship that have been bubbling up over the past decades. But it does make some misleading assertions that merit a response."
Posted by ISSoDD at 09:48

Live and Kicking: The Impact and Sustainability of Digital Collections in the Humanities by Lorna M. Hughes

"This paper discusses an initiative at the National Library of Wales to build a research programme around the digital collections of Wales. The programme seeks to document the impact and use of these digital collections for research, teaching and public engagement: and to develop new digital initiatives that will fulfil core remit of the National Library over the long term, set within to context of the “digital transformation of the Library” that “has caught everyone’s attention” (McGann). The NLW research programme seeks to understand this transformation, and its impact internally and on the Library’s users, and to address questions of sustainability of digital collections in the humanities. In order to frame this narrative, this paper will outline the development of technological innovation at the Library, and the ways in which digital collections and digital development are part of a continuum of the adoption of new technologies with a resultant effect on the mission of the organisation, and indeed on the institution itself. Understanding how digital collections are used is key to understanding their impact, and to making provision for the long term-sustainability of valuable digital content. Understanding the impact of the digital transformation in the Library also signposts how the institution itself remains relevant, with a continuing role as a custodian and advocate for documentary cultural heritage in an increasingly challenging economic climate – remaining not just alive, but kicking." 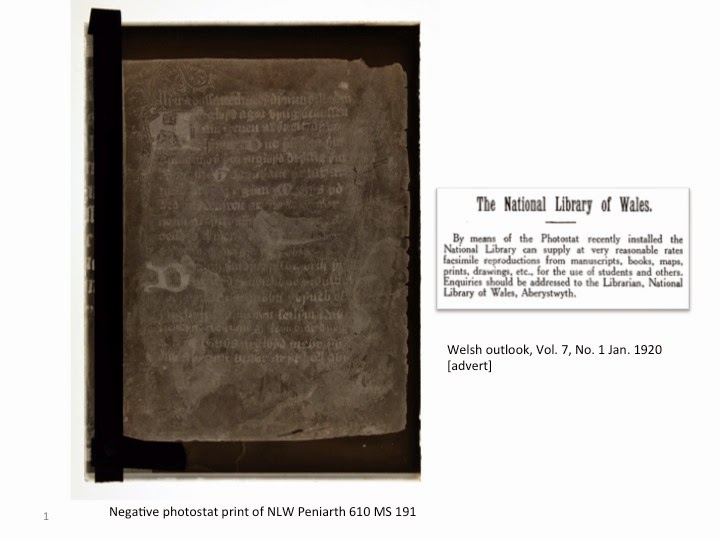 "This new Europeana Labs website is intended to provide all you need to get started using the Europeana APIs. Learn about the data, see what others have created, and find out how to build simple but powerful queries to extract bespoke results from a dataset of over 30 million objects - books, photos of art and artefacts, audio clips and more.

Last year we consulted with the developer community asking them what things would help them to make best use of the Europeana APIs. This Europeana Labs Beta site is the first major step towards putting in place the things we were told, but also a chance for us to learn more and make improvements before a full launch in late June."